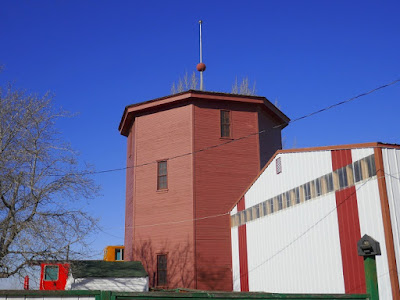 On a trip to Rosetown this past fall I saw an unmistakable silhouette in the distance . . . an old Canadian National Railway water tower. This one is in Harris, Saskatchewan and is in immaculate condition. 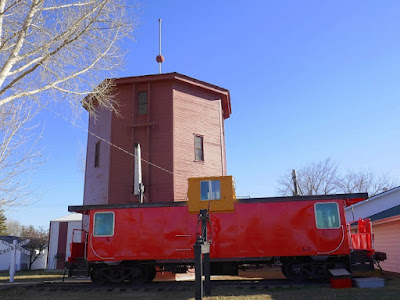 I met a volunteer who was putting a fresh coat of paint on the neighbouring caboose and he explained that the C.N.R. was willing to give the water tower to the local museum as long as they move it . . . and that they did. Built in 1934, it was moved about one hundred and fifty feet east of the original location in the summer of 1991. 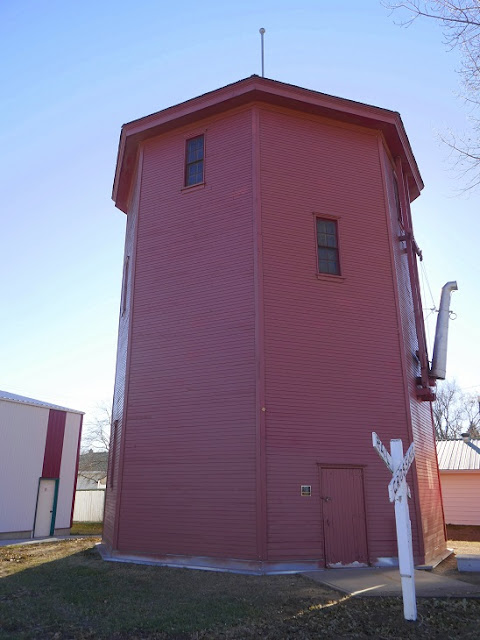 A few shots of the interior. The structure is built completely of cedar, inside and out. 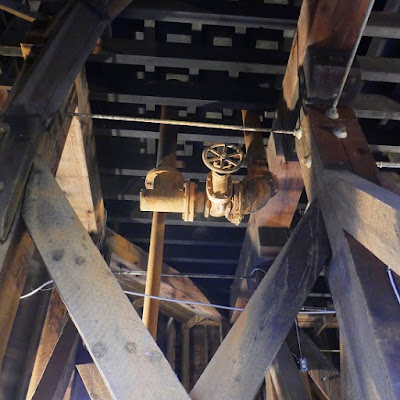 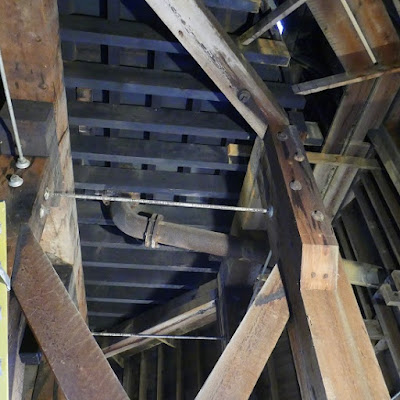 The grain elevator across the way is now privately owned and is in "like new" condition. 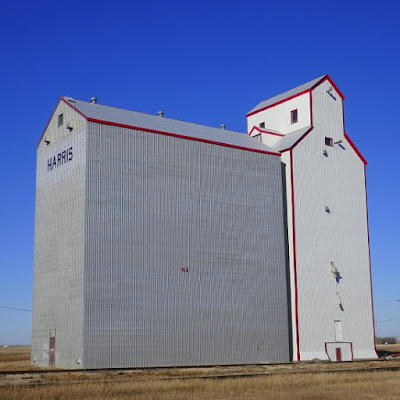 An antique semaphore train signal (not the original from Harris, but from a nearby town). 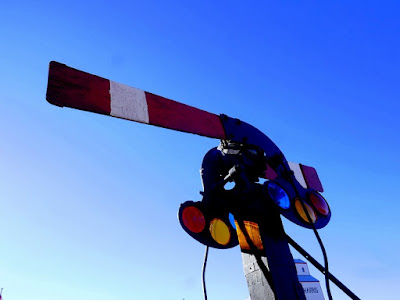 Just across the road is the original water tower foundation. 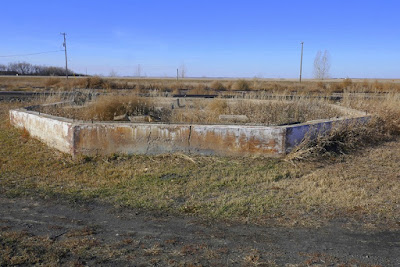 Not many of these still standing and especially not in such good condition as this. It's a beauty! 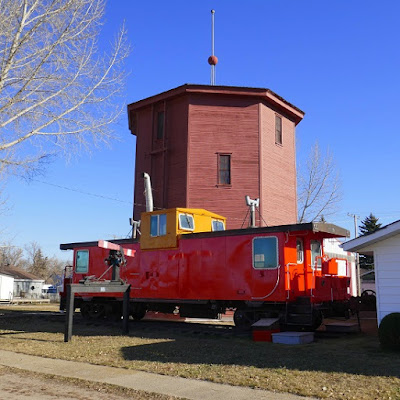