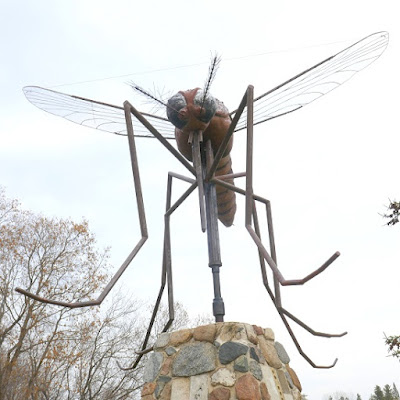 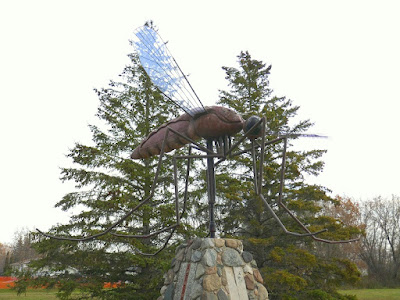 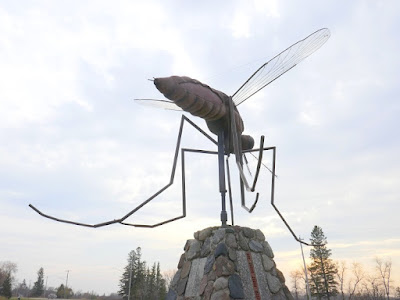 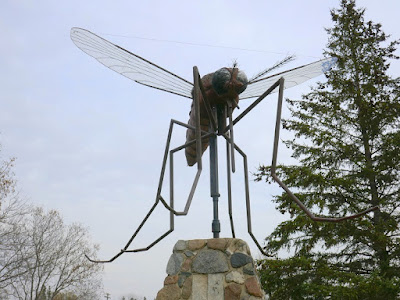 Seeing this sculpture instantly reminded me of "The Fly" movies.  I enjoyed seeing the original on TV a few times and was lucky enough to catch the remake at a drive-in with an old friend soon after it was released in 1986. David Cronenberg is a master of body horror film . . . truly a Canadian icon.

I remember watching the remake with Daisy (when she was nine months old) at her house in Henderson, Nevada.  As the film progressed and Jeff Goldblum transformed into the fly creature, she would bark at "the fly" on screen . . . I never thought dogs would be able to watch TV.  You should see her reactions when watching a nature show with wild animals!  Anyway, after all that excitement we had to go for a midnight walk around the neighbourhood . . . that settled her down and everything was back to normal.

Hallowe'en is coming up soon . . . a great time to watch a favourite horror film or two.