This one had my interest and I had it on my informal list for a few years. I have a file with disorganized notes, photos, and screenshots of places that have my interest. Over the last few years I found out where it was and waited until I had an opportunity to get there.
Sacred Heart Church is a Catholic church and was built in 1930 by brothers Hugo, Paul and Joe Dumont, with help from neighbours. The Dumont Ranch is close. It is in a rural area and there is no town nearby. From Bridesville it is a little over four kilometres away by road. Bridesville is kind of a ghost town. This church has been abandoned for decades. I did not bother with trying to look inside as I have heard it is occupied with beehives. It is very easy to miss from the road. 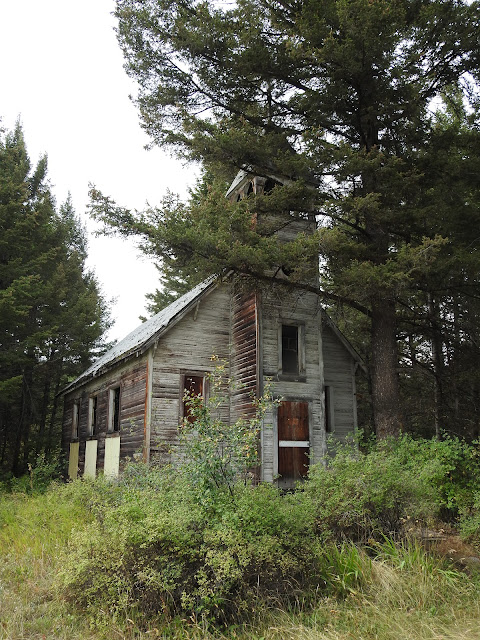 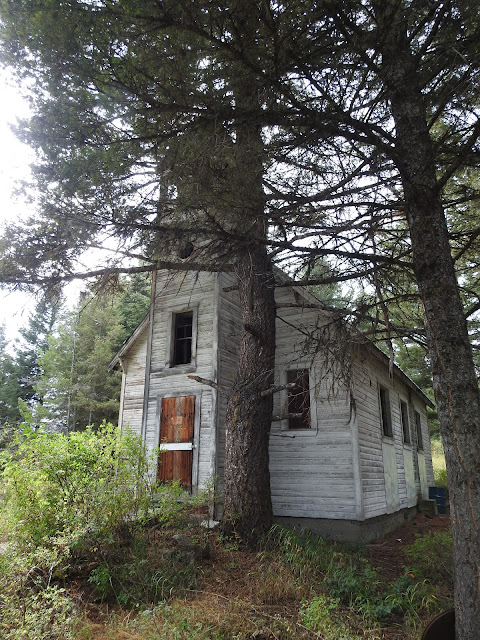 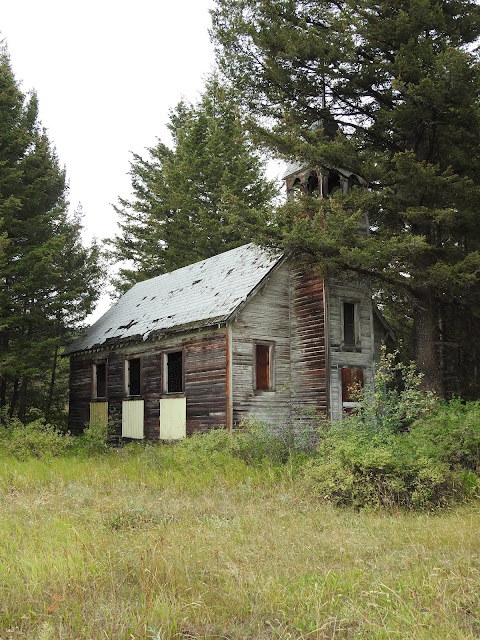 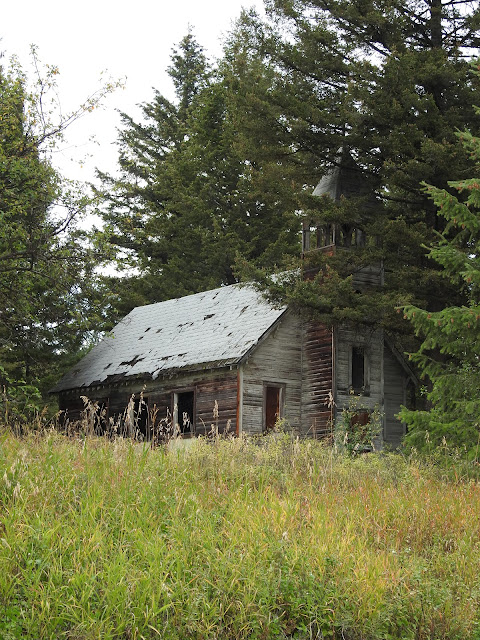 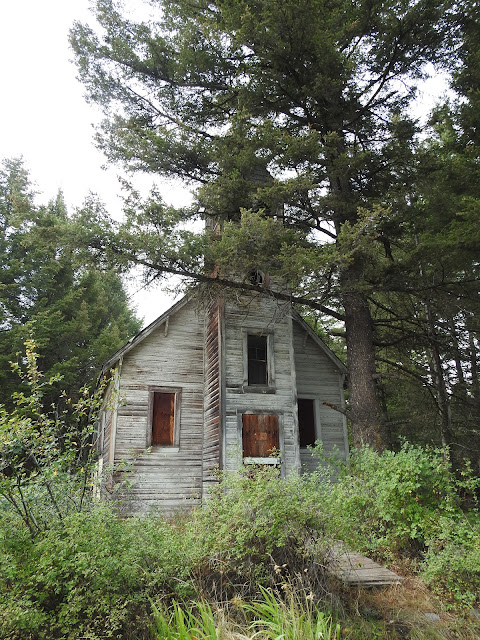 There is one fenced off gravesite with a headstone. If there are others I did not see them. 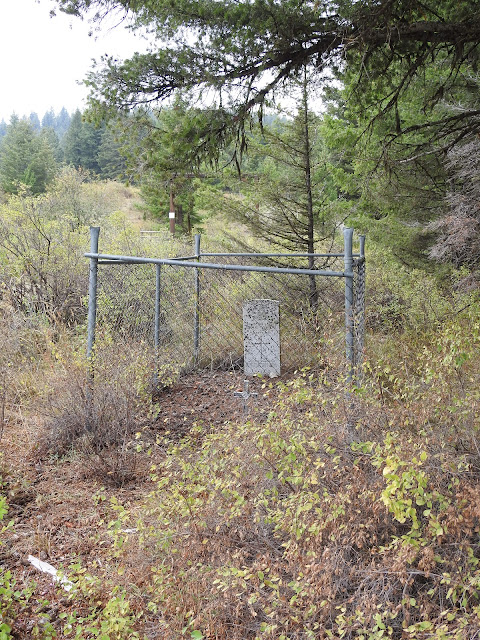 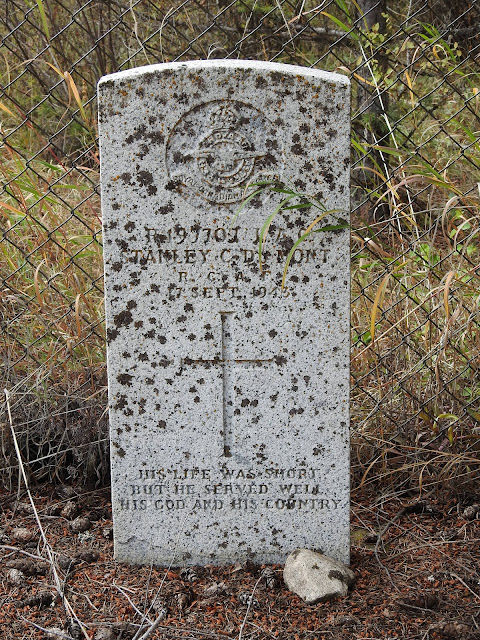