I get a few dumb road trip ideas in my head then I get fixated on trying to pull them off. I have taken every ferry crossing in Alberta. Then I got to thinking that Saskatchewan has ferries and maybe I can take every ferry crossing there. I am not counting the Wollaston one as it is a barge, not a ferry, and you have to pay to cross. I like things to be free. Last year I took the Estuary Ferry, the Lemsford Ferry, the Lancer Ferry, and the Riverhurst Ferry all in southern Saskatchewan. I had taken the Paynton Ferry earlier this summer.

The weather this summer has been fantastic. I had looked at the weekend forecast and decided I would go for it. Saturday July 15, 2017 I ventured east from Edmonton in my quest to see how many ferry crossings I could make in one day.

Not one of my better ideas. It took me over four hours to get to the first one. It stayed hot and sunny with hardly a cloud in the sky. I managed to take the Wingard Ferry, St. Laurent Ferry, Fenton Ferry, Weldon Ferry, Cecil Ferry, and the Hague Ferry in that order. Saskatchewan ferries tend to be very rural with a fair amount of travel on gravel roads. Getting from one ferry to another was very time consuming. After I crossed the last one I had an odd sense of accomplishment. I had crossed every ferry in Saskatchewan.

Then I realized I missed one: The Clarkboro Ferry. There was not enough time to squeeze that one in so I will have to go back. So I am eleven for twelve.

The Wingard Ferry crossing the North Saskatchewan River was first established by Danish setter Nels Petersen in 1895 who was granted permission by the government at the time and was taken over by the provincial government in 1905. All ferries were taken over by the government in 1905. It is a short ferry ride. It was about 30km over dusty gravel road to get there. The ferry operator was unfriendly. He did not say one word. No matter. I was on a ferry in rural Saskatchewan and enjoying every minute of it. 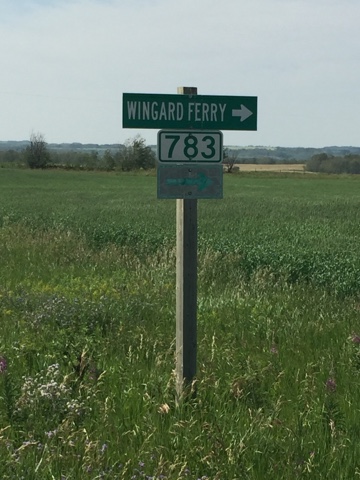 As I arrived a farmer was just getting off the ferry. 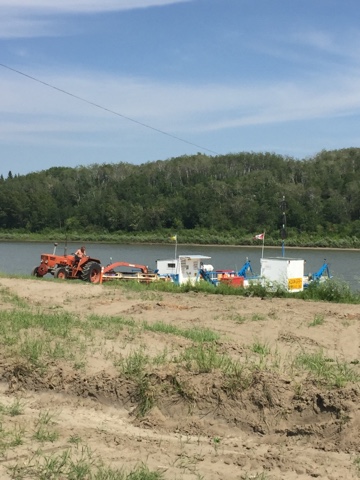 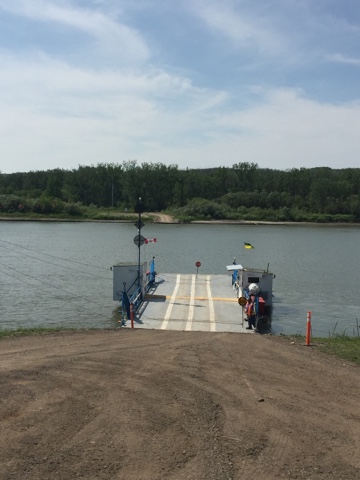 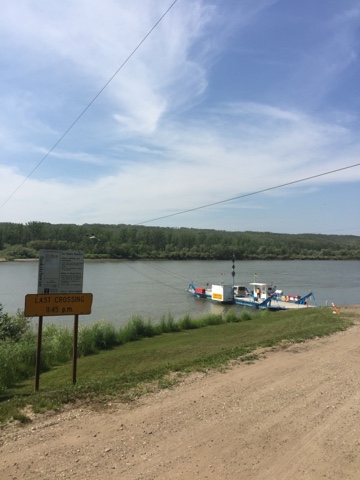 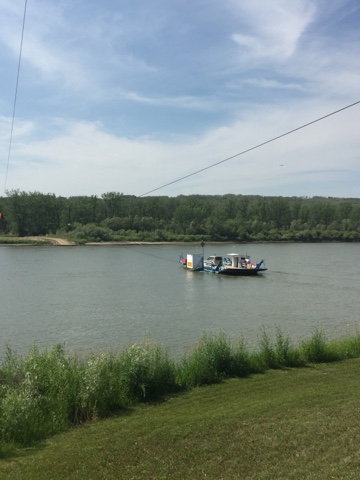