Where I live big Ford/Dodge/Chev crew cab pickups are popular. Of course there is the usual assortment of cars and SUV's that you see anywhere. This is the first Ferrari that I have seen outside of a showroom. I have seen a few exotic cars on the streets of Calgary. Someone once passed me driving a Lamborghini on the highway. I have seen a few Rolls Royce vehicles on the roads. I once saw a Bentley. Whoever has this lives and works in Airdrie.

Nice car. If I had the money to spare I would never own a vehicle like this. I get paranoid parking the heavily used car that I drive in a parking lot and coming back to find it dented. Imagine having that happen to a Ferrari. This part of Alberta is notorious for hailstorms. Personally I am happy for whoever owns it that they are able to afford one. I just wonder if they are able to get out on the road and open it up somewhere. The highways here are pretty heavily patrolled. Every once in awhile you will hear about someone taking out their sports car on Highway 2 that runs from Calgary to Edmonton getting arrested for driving at insane speeds.

Years ago the RCMP in Airdrie had two high performance Ford Mustangs in RCMP markings for highway patrol. No one outran them. Which reminds me that aside from the RCMP and Peace Officers using cars, trucks, and motorcycles here I have spotted officers on bicycles. Not only that, they had a speed trap set up and were pulling vehicles over. Pursuing someone who failed to stop might have been interesting. 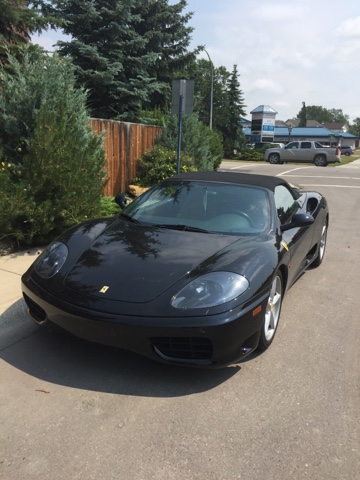 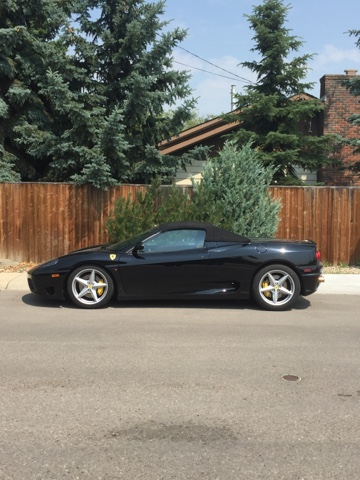