Cairns is a ghost town. I had made a couple of attempts to get here over the last few years. Part of the problem was I was not exactly sure where it was and it was not the place to take a car. The road is not rough, it is soft. The road in is dirt and almost sandy in spots. It is not a road that is used regularly.

There is a plaque not far from the town marker. It reads in part:

“The Cairns area was first settled by homesteaders in 1907. Later that year the Canadian Pacific Railway surveyed the rail line, laid out the townsite and named it Cairns. Trains started running in 1910, and Cairns became a bustling hamlet, the hub of a closely-knit agricultural community. Drought, depression, influenza and two world wars took their toll. In 1959 when the post office and store closed, Cairns silently became a ghost town.”

There are no residents and only two buildings left. 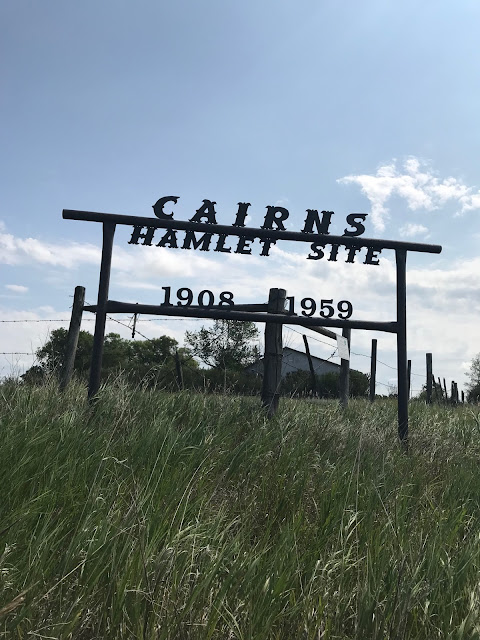 I believe this is the old hall that was used for church services. 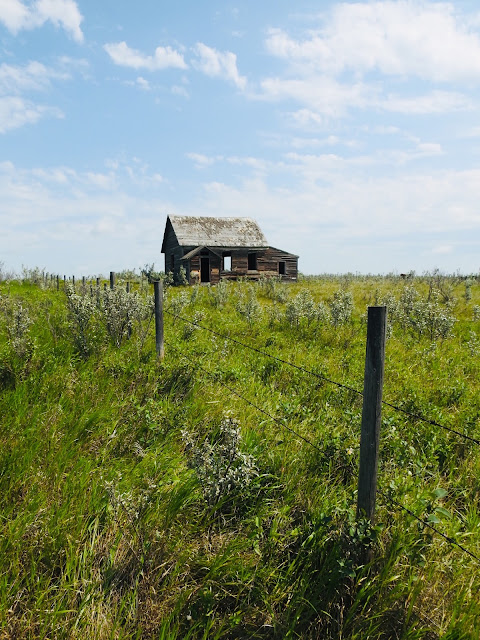 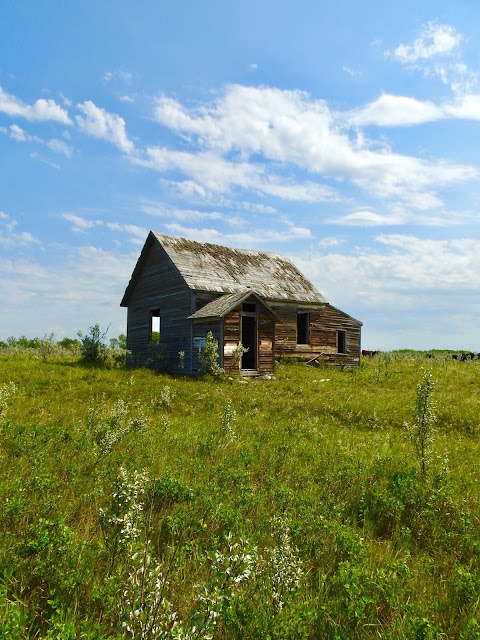 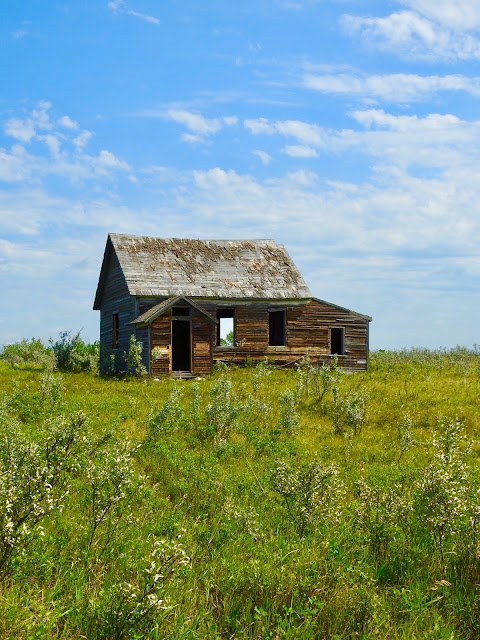 I think this is the old store/post office. I could get one good angle to get a photo of this building. It was behind a fence, obscured by some trees, and I had to walk up a short bank to get a decent view. 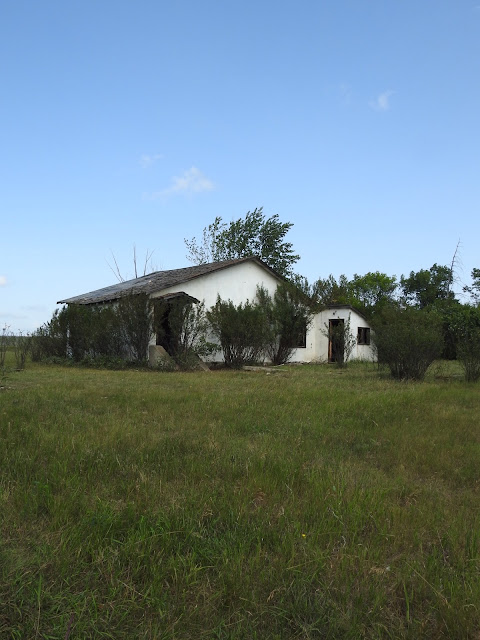 A number of prairie towns started and disappeared without a trace. Nice to see they put up a marker to remember it.
Posted by BWBandy at 07:00:00