A Barn Outside Bathurst 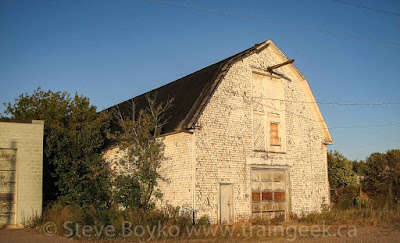 I have no memory of taking this photo.

From the filename and the metadata, I see I took it on September 20, 2007 near Bathurst, New Brunswick. From other photos taken on that date, I can tell that I had been at the train yard in Bathurst after supper, then went out to Nepisiguit Junction to catch the New Brunswick East Coast Railway ore train there.

I photographed this barn somewhere between Bathurst and Nepisiguit Junction, so something about it must have impressed me enough to stop and photograph it.