Laird, Saskatchewan from a T-Bird

Laird is a village located about 50km north of Saskatoon. I spent the first fourteen years of my life in Laird. I took the pictures on the ground of the elevators in 1981. The elevators are long gone. The village originally had five elevators.

I took the aerials from a T33 in 1982. I needed one more hand as I was trying to fly the aircraft as well as manipulate an older 35MM camera at the same time.

I was in the air force stationed in Ottawa in 1982 and wanted to get back to Laird to attend the retirement party of a long time teacher at the Laird school. I managed to acquire a T33 for the weekend and flew to Saskatoon. I thought I might as well have a look at Laird and did a couple of low passes down the main drag before landing in Saskatoon.

For those interested, the T33 or Canadian military designation the CT133, more commonly known as the T-Bird, and officially as the Silver Star was a long time advanced training aircraft for the RCAF (Royal Canadian Air Force). I took my advanced pilot training on the T33. There were 656 aircraft built by Canadair under licence from Lockheed. They were in use in the RCAF from the mid-fifties to 2005. The aircraft weighed almost 17,000 pounds all-up with a maximum speed of 500 knots and altitude of 46,000 feet.

I loved flying the T-Bird. There is a ton of information on the internet for anyone interested. 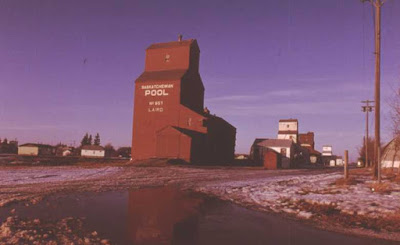 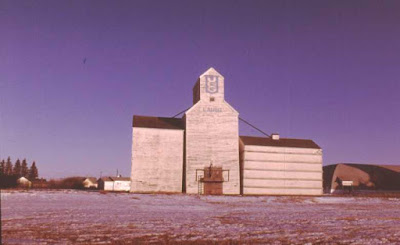 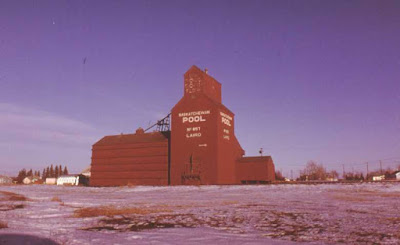 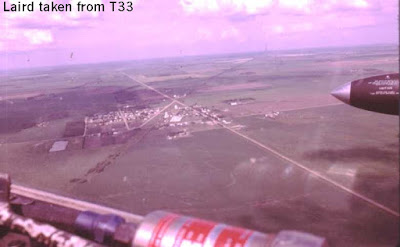 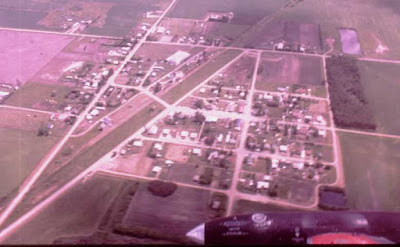 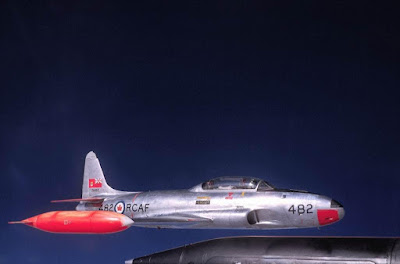 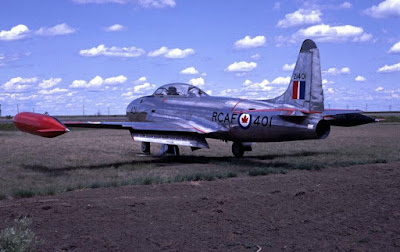