Lucerne was a divisional point on the Canadian Northern Railway. Lucerne was kind of in competition with Jasper, Alberta. In 1921 both towns had a population of about 300. Jasper was chosen as the divisional point of the new Canadian National Railway and by 1924 most of the people moved to Jasper. Lucerne eventually faded from memory.

I drove on Lucerne Station Road up to the railroad tracks to see if there was anything there. The train station disappeared many years ago There are a few cabins along it. I did not take any photos as I wanted to let people have their privacy. 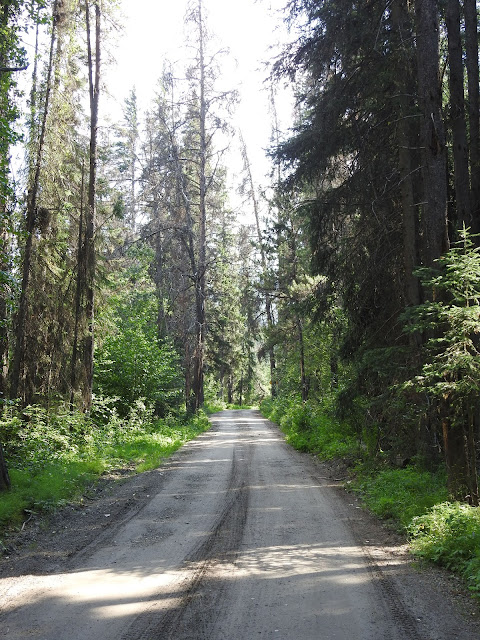 The cemetery from the highway. It has been restored at least once. Someone put up rails along the sides. I would guess the cemetery is about 40' x 40'. There are a lot of unmarked graves and four recent ones, the most recent dating 2016. 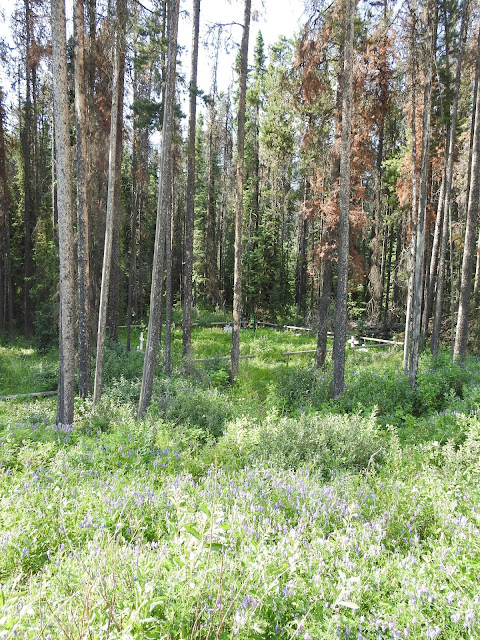 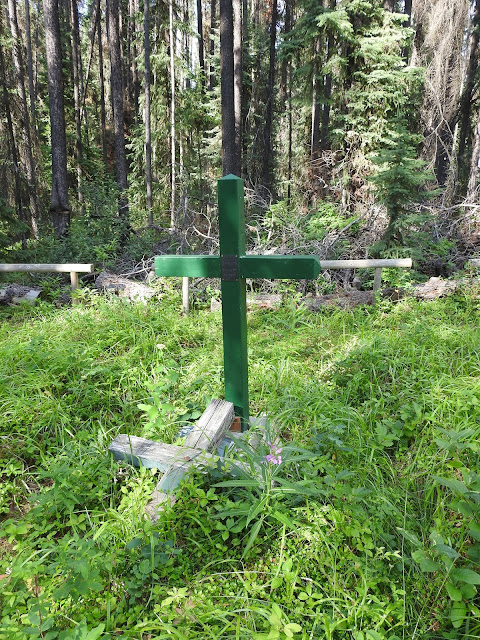 One of a number of unmarked graves. There was one overgrown headstone that saw. I left it without uncovering it. 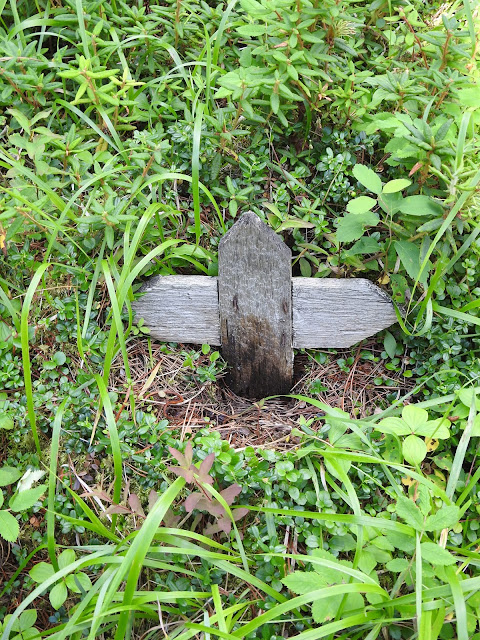 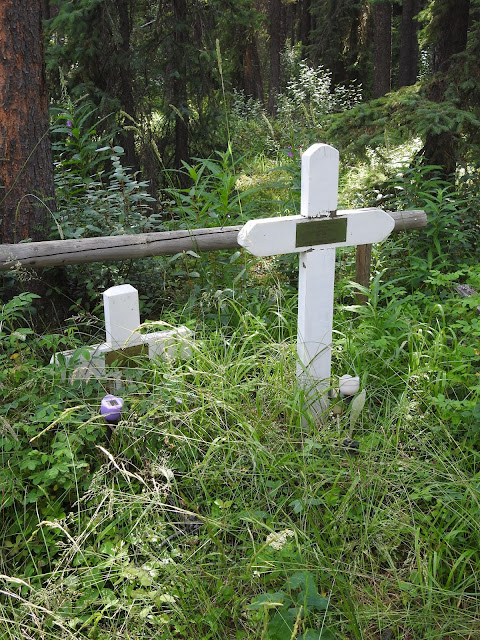 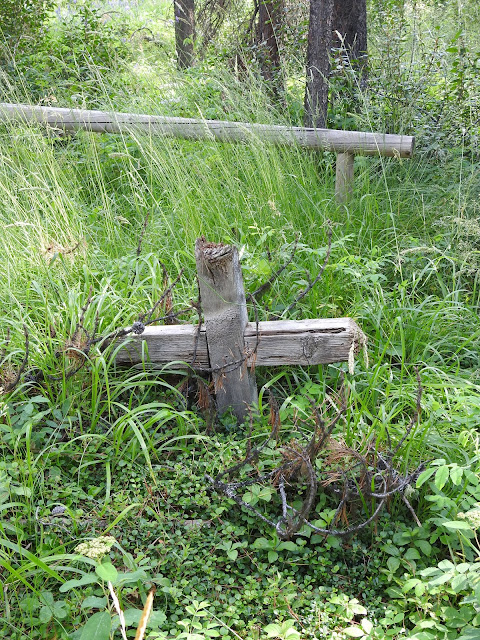 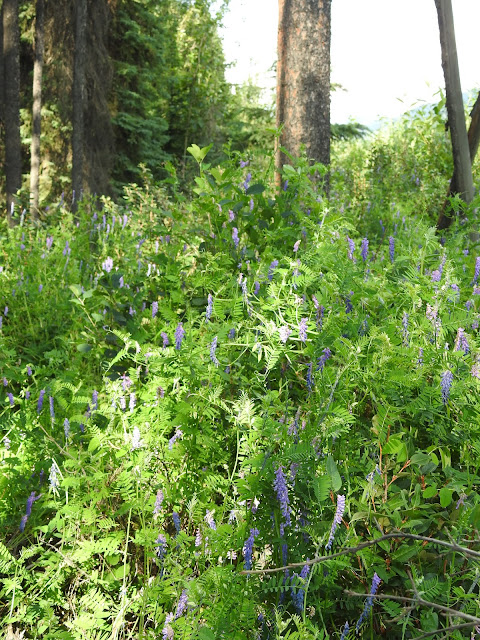