You can see some interesting thinking when the railway was first built through the Roger's Pass. The valley is narrow with steep grades. The railway was built with some tight loops to gain elevation to make the grade and to also avoid avalanches.

On March 4, 1910 a massive avalanche near the top of Rogers Pass killed fifty-eight workers that were there to clear a prior avalanche. This event caused the Canadian Pacific Railway to construct an eight kilometre tunnel under Mount MacDonald in order to bypass Rogers Pass. The  tunnel opened in 1916 and the original railway line through the Rogers Pass was abandoned the following year.

Driving through the Rogers Pass you drive through a series of concrete snow sheds that are there in the event of an avalanche. The red line shows the original rail line, the blue line shows the current line. 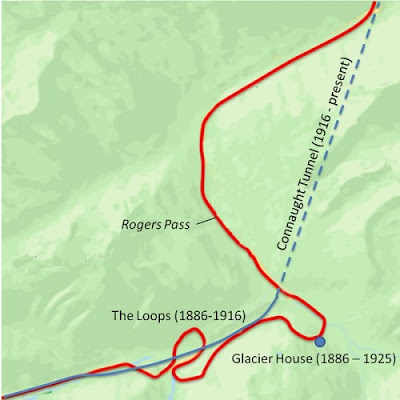 These columns that once supported a rail line is what remains of the original line. Saw this on September 28, 2019. 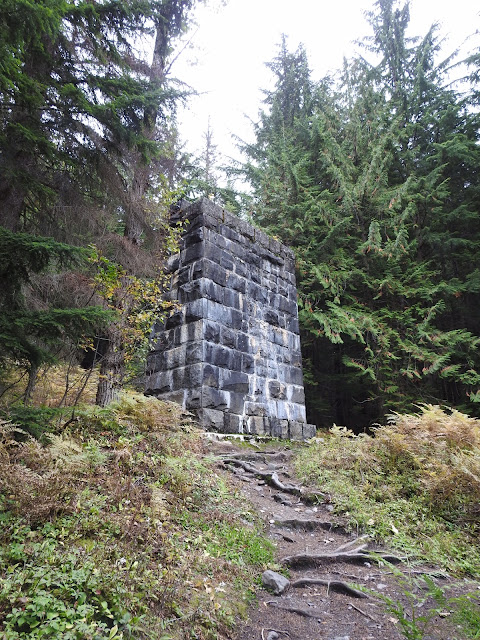 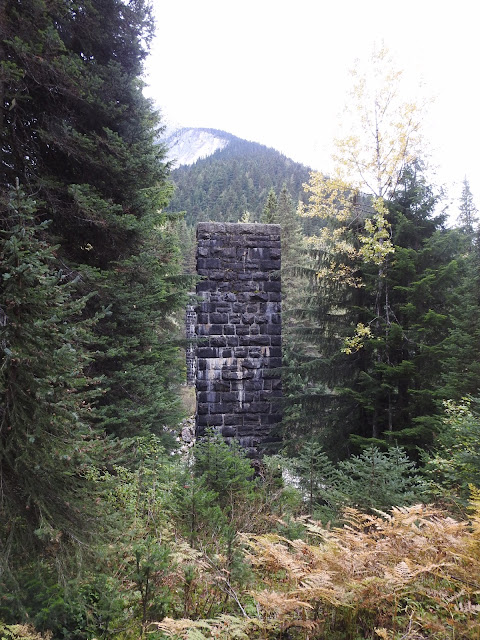 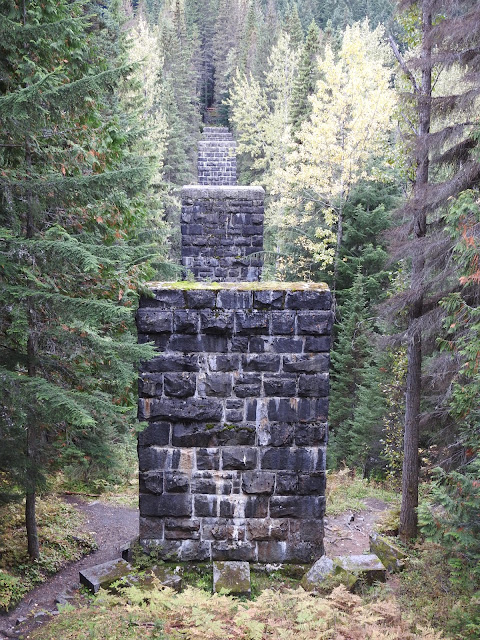